In my last post I mentioned Ed Ruscha. I stumbled in this video from Paris Photo  in which he describes his artistic experience. Worthwhile to watch, english language only, sorry. Full size and higher quality clicking the Vimeo logo.

Ed Ruscha, is perhaps most largely known for his paintings and drawing, but has also received considerable critical acclaim for his photographic work. Though his relationship to photography remains complex and his work is difficult to define he has inspired and influenced generations of artists across the world.</p>

English is not my mother language. I try my best but please forgive the mistakes you'll find. Thanks, Grazie robert 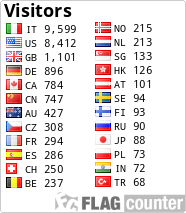